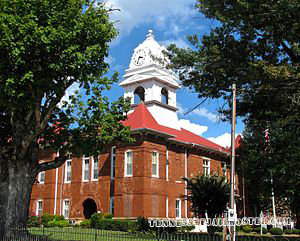 The Morgan County Jail is a minimum to maximum security facility and houses adult inmates who have been charged with misdemeanor and felony crimes. Correctional officers supervise the daily activities of inmates, ensuring that inmates obey the rules.

The Morgan County Sheriff’s Office is a law enforcement agency located in Wartburg, Tennessee. The office is responsible for providing law enforcement, overseeing the County Jail, securing the courts and serving warrants and civil processes papers. The office is composed of 4 divisions: patrol, training, corrections and investigations.

Morgan County is located in northern Tennessee. The county covers a total of 522 square miles and has a population of 21,403. There are 5 cities in the county: Wartburg, Sunbright, Oakdale, Coalfield and Petros. The county seat is Wartburg.